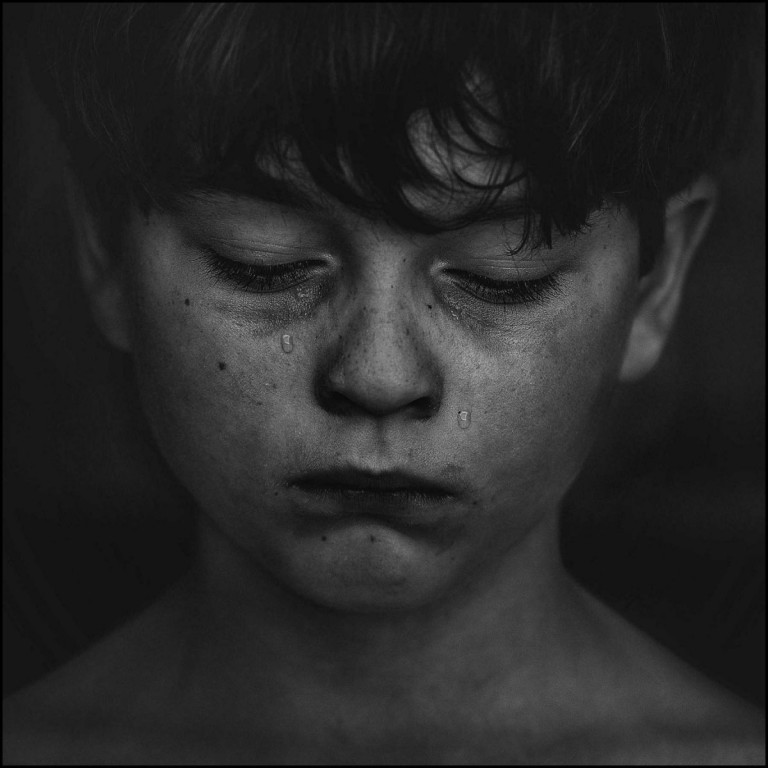 Everyone tends to feel anxious at certain times in their life, in fact, on several occasions can be normal. However, when people lead stressful lifestyles, anxiety and worry tend to become excessive and continuously reflected, are difficult to control, and interfere with activities can be a sign of Generalized Anxiety Disorder (GAD).

Having GAD can rebel in childhood or adulthood. This type of anxiety usually presents symptoms similar to other types of disorders (panic disorder, obsessive-compulsive disorder, etc.), but all these diseases are different and should be treated differently. 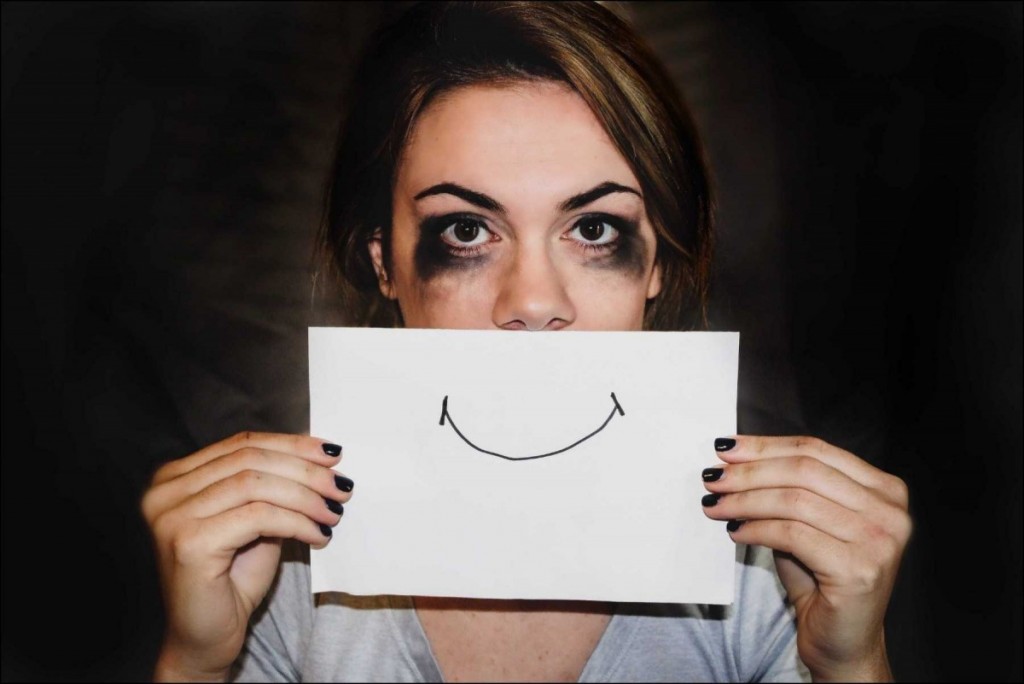 Living a lifestyle with Generalized Anxiety Disorder can be a challenge, especially since in most cases this disorder is accompanied by other emotional illnesses. However, like most illnesses, several treatments have been discovered in order to be able to lead a peaceful life in spite of this condition, and not only now but for several years now.

When my friend told me to "get over" my anxiety 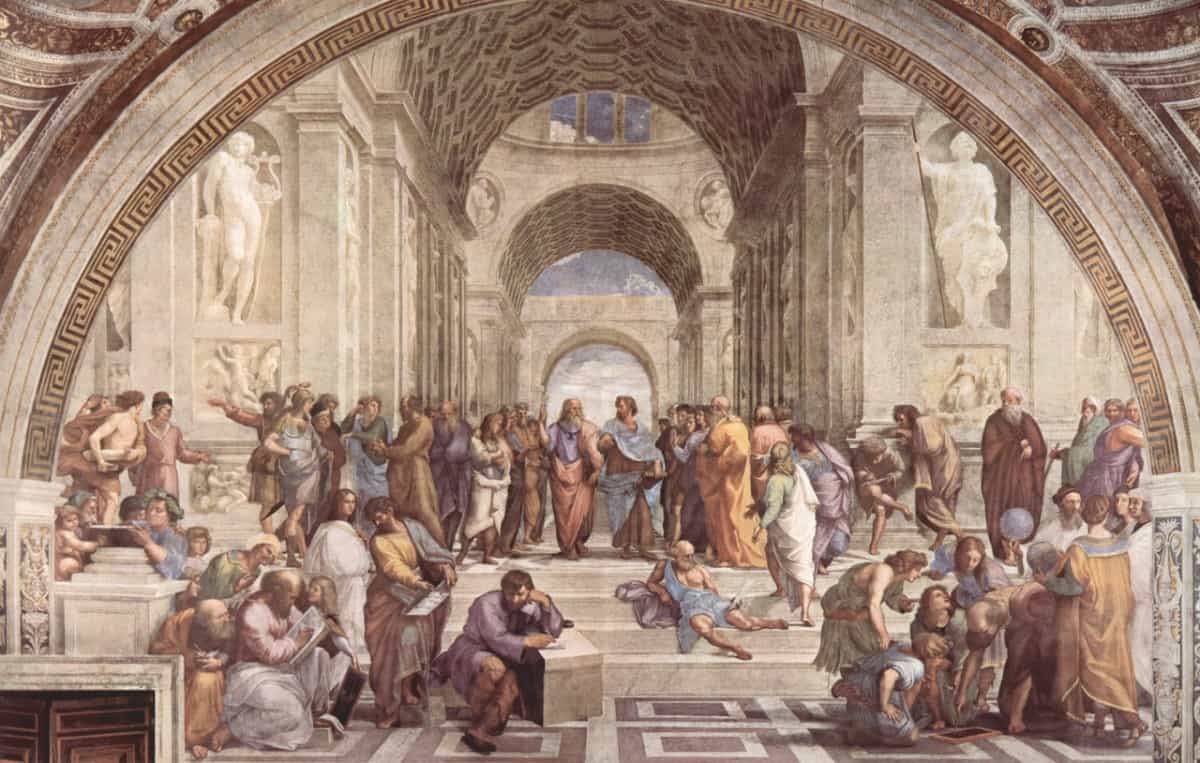 In the ancient texts where we can find the history of Anxiety Disorders say that it is a recent disease and that very little was known about it before the nineteenth century. However, different authors have discovered that this disorder is not a recent disease but is linked to mood disorders (once known as “melancholy”) and that it has its historical roots from classical antiquity.

However, from nineteenth-century research to the twentieth century, the terms “pantophobia” and “anxiety neurosis” were used to diagnose generalized anxiety. These terms refer to paroxysmal manifestations (panic attacks) and interparoxysmal phenomenology (apprehensive mental state). In addition, Generalized Anxiety Disorder was considered one of the many symptoms of neurasthenia, a poorly defined disease.

Generalized Anxiety Disorder (GAD) became known as a category in the third edition of the Diagnostic and Statistical Manual of Mental Disorders (DSM-III) in 1980 when panic disorder and GAD were divided into anxiety neurosis. Since its registration in the DSM-III, it has been concluded that several life circumstances have been gradually emphasized as the characteristic GAD symptom. So a cognitive aspect of anxiety has become the central criterion of Generalized Anxiety Disorder.

The validity of this disorder as an independent category has been questioned from its registration in 1980 to the most up-to-date Diagnostic and Statistical Manuals of Mental Disorders. A scientist, Lewis, pointed out in the first instance that Generalized Anxiety Disorder constitutes an emotional state experienced as fear or fear qualitatively different from anger; in second place, that feeling is an unpleasant emotion (death feeling or collapse); in third place, it is a feeling projected towards the future and is related to some type of danger or threat. However, Lewis points out that it does not seem to be a real threat, but if there is, the emotional state that emerges is disproportionate to it. In addition, there may be body sensations that cause discomfort during anxiety episodes (choking sensation, chest pressure, shortness of breath, etc.); and finally, Lewis also points to the manifestation of body disorders that are voluntarily controlled (flight, defecation, etc.), or are due to involuntary or partially voluntary body functions (vomiting, trembling, dry lips).

One of the most worrisome unknowns is the inclusion of difficulties in establishing clear boundaries between GAD and personality dimensions, other disorders of the same anxiety spectrum, and non-bipolar depression. Generalized anxiety could be studied as a dimension called “anxious apprehension” that would normally fit into the research domain called “negative valence systems” and the more specific construct called “potential threat”.

Generalized Anxiety Disorder consists of the presence of a state of excessive worry and nervousness in relation to various activities or events. Affected people suffer anxiety for more days than they are free of it for 6 months or more.

What is Generalized Anxiety Disorder (GAD)

People who tend to suffer from Generalized Anxiety Disorder (GAD) often worry excessively only about the activities and events that occur daily in their lives and cannot control those concerns. In some cases, they often have physical ailments such as fatigue and pain in muscles and joints, and also often have trouble concentrating and sleeping. 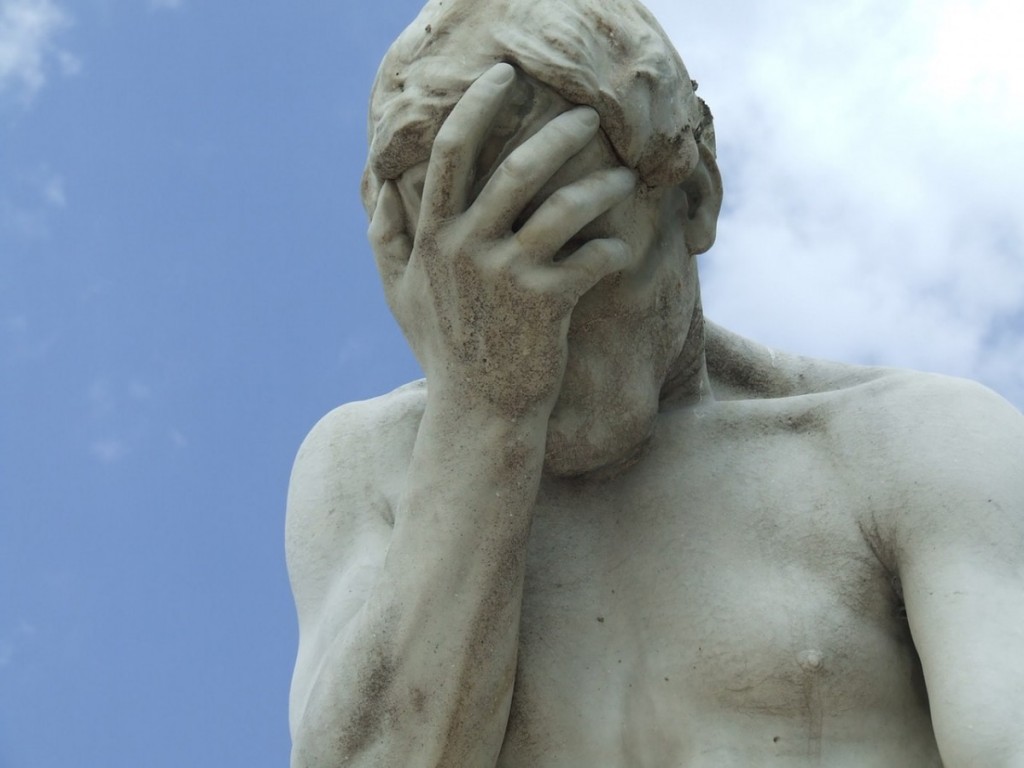 The kind of concern that people who suffer from GAD have is about constantly thinking about negative events that could happen in the future. In most cases, these people wonder “what if”. Here is an example of the thoughts a person with GAD may have.

Worrying is a feeling that everyone can feel from time to time, its normal when it happens this way. However, worrying becomes a problem when it happens every day becoming “excessive” and “uncontrollable. With this, we want to emphasize that people with GAD worry too much, more than others, and it becomes very difficult for them to stop worrying once they start. If you want to know if you are suffering from GAD ask yourself these questions:

What do people with GAD worry about?

People who suffer from GAD often worry about the same things as others, only they do it more often than others. Even concerns about minor issues, such as punctuality, small decisions, concerns about school or job performance:

Another type of concern that people with GAD often have are concerns about friends and family, relationships, etc.:

These are just some examples of the thoughts that people with Generalized Anxiety Disorder have, they also tend to worry a lot about health, the future, things in the world, the environment, war, etc.

Children and teens may have similar concerns as adults, but they may also be overly concerned about the following:

What else can you tell me that I have GAD?

Sometimes without the need for a present problem, the same begins to present a discomfort. This causes the person to create problems or obstacles when they do not exist.

Just as easily a simple concern can become, in this case, a work report can form a chain of other concerns that can last for hours and even days.

In addition to worrying excessively, how do people with GAD act in their daily lives?

Perfectionism. Many people with GAD are perfectionists. They can spend hours doing a simple task; they don’t take it for granted until they are sure that the job was completed perfectly. This can be demonstrated in a simple reading of school or work repeatedly, or agonizing about details at home or at work (what kind of font to use in an email, trying a new cleaning product, etc.).

Intolerance of the unknown. People with GAD have the same rejection reaction to uncertainty. If they are not 100% sure of themselves, of others, of their actions, of their decisions, or even of the future. This is why they rarely engage in strenuous activities and take a long time to design just to make them feel safer:

For the diagnosis of Generalized Anxiety Disorder, the specialists use the diagnostic criteria of the DSM-V (Diagnostic and Statistical Manual of Mental Disorders). Remember that under no circumstances should you self-diagnose. Only an expert health professional is able to do this rigorously and reliably. When a person is concerned about his or her health or normality, he or she often identifies with symptoms or illnesses he or she doesn’t have or confuses them with other possible ones.

Anxiety and excessive worry (apprehensive anticipation), which occur on more days than you have been absent for a minimum of six months, in connection with various events or activities (such as at work or school).

There are different models (Sibrava and Borkovec 2006; Craske and Barlow, 2006; Dugas and Robichaud, 2007; Wells, 2009; Llera and Newman. 2014) to explain the causes and factors that maintain GAD. A model that integrates diverse perspectives, proposed by Arturo Bados (2015), will be presented below.

Many people wonder why this disorder appears. It is not possible to answer, based on a single cause, but on the existence of several motives related to biological factors (neurobiological hypersensitivity to genetically determined stress) and psychological factors (experiences of traumatic events in early stages, certain educational styles such as overprotection, lack of affection). These experiences favor the learning of certain beliefs and mental schemes, as a result of the realization of certain mental errors to process information:

But the fact of worrying provokes certain consequences that are exposed next, that assures that the symptomatology of the Generalized Anxiety Disorder is maintained:

These types of defenses or coping strategies of a mental type (worry, control of thoughts) such as a motor (behaviors of reassurance and/or avoidance), cause an immediate reassurance, but this way, you get to keep the fear. If these coping strategies are applied and what is feared does not occur, the fear will be maintained or increased. If the person does not make any of these defenses to the next situations feared and does not occur what is feared, may conclude that there is no danger, that it is not in their control, therefore, when it reappears “And if something bad happens”, will not perceive it as a threat and therefore will not try to defend itself. In this way, he will make the negative thought disappear.

In addition, over time with the problem of GAD, another factor appears that will maintain it. This time, it’s an added concern to the ones the person already has: negative beliefs about worrying, “worrying is uncontrollable” and sometimes, “worrying is dangerous.

It will be necessary to intervene on the different factors of maintenance to achieve a reduction of the symptomatology related to the Generalized Anxiety Disorder.

GAD‘s concerns can also be described as “scenario building”. That is, the concern is often an attempt to try to think of all possible scenarios for the future, and then try to plan for it. The classic example: What will I do if money is not enough to pay my debts and bills? I could apply for a loan at the bank or ask a member of my family for money; but what if no one lends me the money? I could get another job, but if I don’t find another job that pays more, and so on.

There’s no way to predict with certainty what will cause a person to have GAD, but you can take steps to reduce the effect of symptoms if you have anxiety:

Optimal treatment for GAD consists of a combination of pharmacological therapy and psychotherapy. The latter can address the causes of anxiety and provide tools to address it.

Buspirone, another anti-anxiety drug, is effective in some people with GAD. Its use does not cause drug dependence. However, buspirone may take two or more weeks to become effective in relieving anxiety.

Some medicinal plants, such as kava and valerian, may have anxiolytic effects, although further studies are still needed to assess their effectiveness and safety in the treatment of anxiety disorders, such as Generalized Anxiety Disorder. 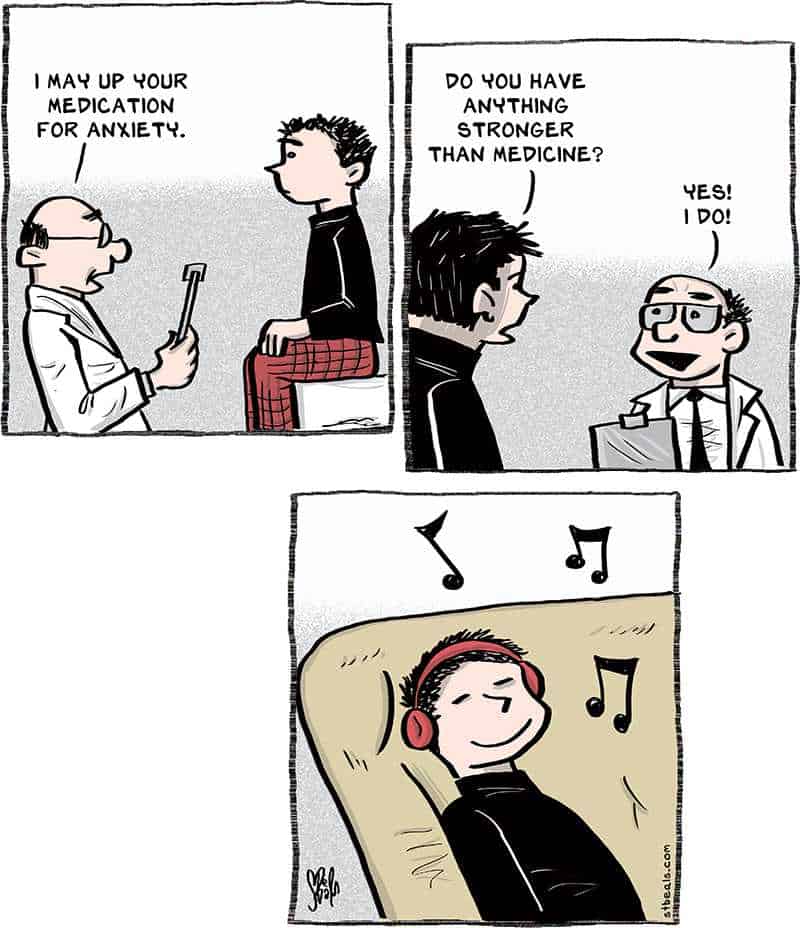 Cognitive-behavioral therapy has been shown to be beneficial in the treatment of Generalized Anxiety Disorder. Thanks to this kind of therapy, people can do:

Relaxation techniques, yoga, meditation, and biofeedback, as well as physical exercise, can also be beneficial.

If you would like to learn more about Generalized Anxiety Disorder you can visit the following links:

what is addiction. Types, symptoms, causes and treatment.