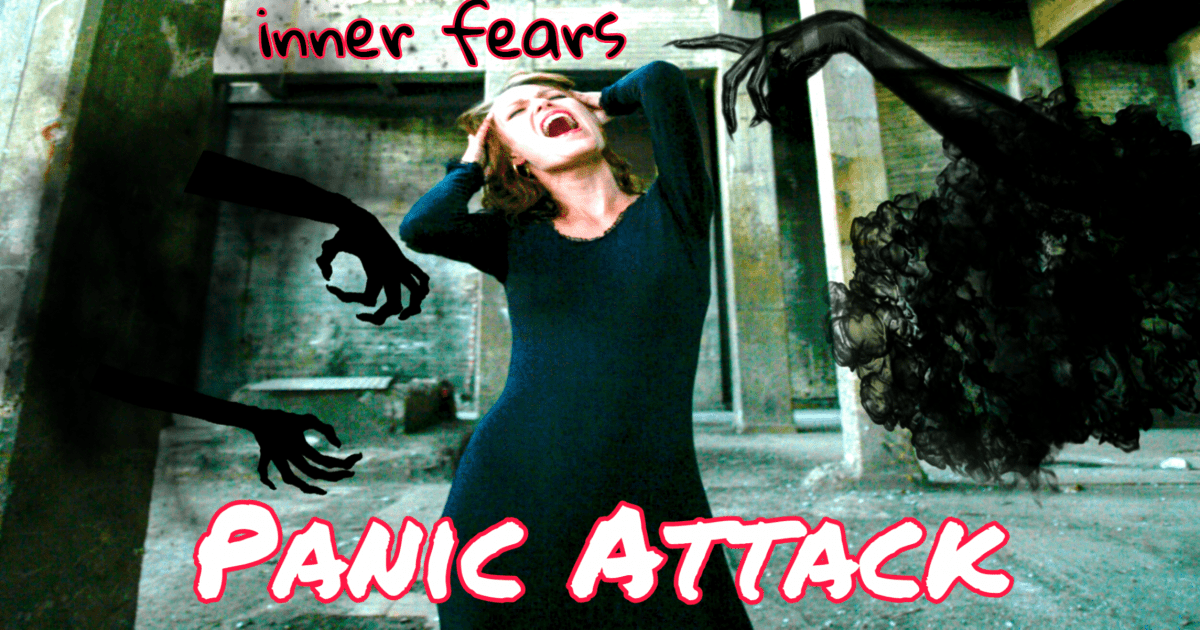 Panic attack disorder is a sudden surge of intense fear or a sense of discomfort that peaks within a short period, often minutes. People prone to panic attack disorder often live in fear of the attack. The attack is marked by a sudden overwhelming sense of fear that may not have an obvious cause.

Victims of panic attack disorder exhibit various signs and symptoms such as profuse sweating, breathing difficulties, and a racing heart. However, this disorder isn’t felt throughout someone’s life. Instead, most people experience a panic attack once or twice throughout their lives.

According to the American Psychological Association,25% of the world population experience panic attack disorder. When someone suffers from the disorder once, they will live in persistent fear of being hit by another panic attack or its consequences. The fear mostly lasts at least one month.

The History of Panic Attack Disorder

Panic attack disorder was first experienced in 1980. The psychiatric disorder appeared during the third edition of the Diagnostic and Statistical Manual of Mental Disorder (DSM III).

The classical anxiety psychiatric disorder was classified into two distinct entities; generalized anxiety disorder and panic attack disorder. The main distinction criteria were based on either the presence or absence of panic attacks in one’s history.

There are six types of mental illness relate to panic attack disorders, including phobias, anxiety disorders, and many others.

Worry and fear are the two main symptoms of anxiety disorder. This often happens even without any ultimate cause or danger. The patients exhibit various physical symptoms such as shaking, heavy breathing, and nausea. The affected person behaves as if he or she has been subjected to an imminent threat. Besides, they often portray a constant worry about when the next panic attack will hit them.

Phobia refers to the fear of specific scenarios, activities, or objects to an exaggerated degree. This fear is often out of proportion, and the things that one fear may be harmless or may not pose any threat. Common examples of phobia stimulants include snakes, insects, flying, heights, and water. If you have a phobia, you will desperately try to avoid things that frighten you, as any confrontation with them may only make the phobia worse.

You will suffer this disorder after being exposed to traumatic events such as wars, accidents, fires, or other near-death experiences. Such events will often make you feel sad, lonely, and frightened. Post-traumatic stress disorder makes the negative effects of the events persist in the patient’s mind for long periods and may consequently lead to abnormal life and hyper-vigilance.

Social anxiety is also known as social phobia. This disorder is often characterized by an exaggerated fear of getting a negative reputation. Individuals with this condition tend to be shy, and they try as much as possible to shy away from social interactions due to fear of getting disappointed or embarrassed in public. Of the prime examples of social anxiety disorder is the stage fright, where one isn’t able to address even a small group of people.

This is another type of panic attack disorder that’s characterized by unwarranted thoughts and behaviors that overwhelm one’s self-control. An example is when you can’t calm but keep worrying if you’ve locked the door or turned off the gas cylinder before going to sleep. Another example is when you feel obsessed with repeating certain routines such as the washing of hands or face.

Generalized anxiety disorder (GAD) often torments those who are disturbed by bad things or events whose chances of actually happening are slim. Some of the disturbing events include plane crashes (even if you’ve never had a flight) or drowning in a river. Under these conditions, you may feel prolonged worries without any solid justification. This kind of anxiety is so abnormal, and if you’re unable to manage, it may act as an impediment to your normal routines. 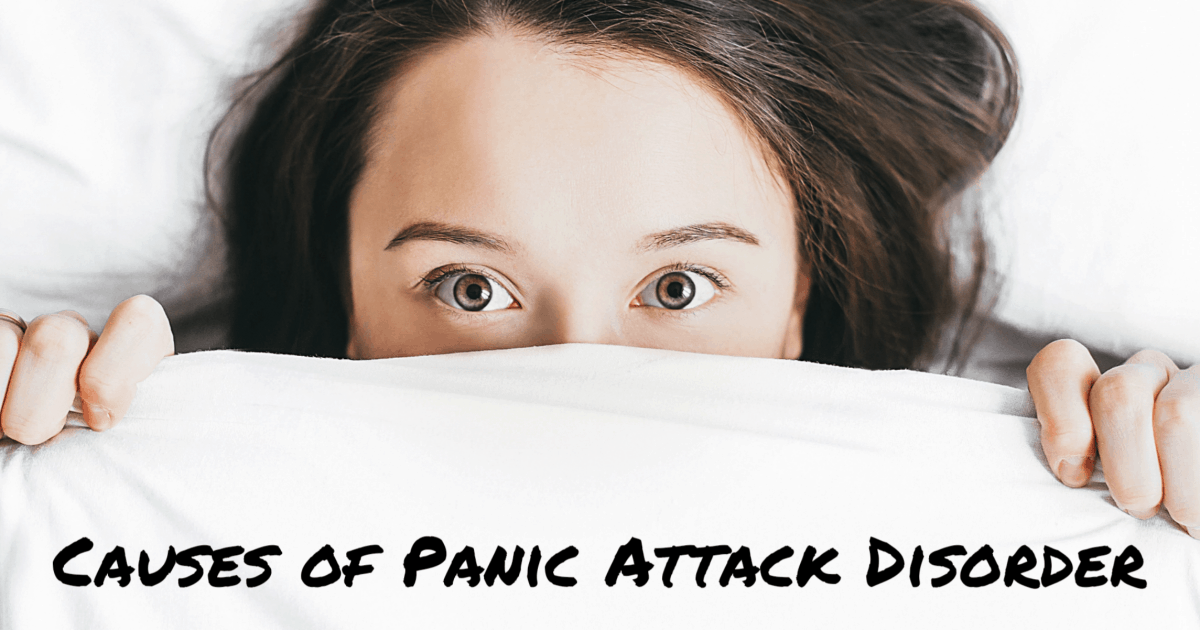 Understanding the causes of panic attack disorder may remain a long-time nightmare. There are no known causes of this disorder. Alongside being associated with significant life transitions, studies have shown that the condition is genetically linked. Some of the major life transitions that are known to trigger panic disorder include getting married, getting the first child, or leaving for university or college.

However, studies have shown that panic attacks are a result of the combination of social stressors, biological vulnerabilities, and ways of thinking. It’s often linked to the mental alarm system that allows you to respond to a threat present in the environment. With panic disorder, the system ends up being triggered even in the event when there is no threat.

As mentioned earlier, there is a close association between panic attack disorder and genetics. However, there are families with no history of the disorder, yet their members develop it later in life. Therefore, studies suggest that nutritional deficiencies like magnesium and zinc, as well as drugs like marijuana, can be some of the risk factors for panic disorder.

Likewise, low education levels and poverty tend to be linked with anxiety — however, it’s yet to be clear if these two factors are caused or cause anxiety.

Symptoms of panic attack disorder usually start to exhibit in teens and adults under the age of 30 years. People who have three or more panic attacks tend to live in fear of possible future attacks.

Panic attacks come without warning, producing intense fear in the affected individuals. A panic attack usually lasts between 10-20 minutes. However, in extreme cases, the attack may last for an hour or more. There is no universal experience for the attack, and each individual experiences the condition uniquely from the others. Besides, the disorder’s symptoms may vary.

The following are the common symptoms linked to panic attack disorder.

The symptoms of panic attacks occur for no apparent reason. The symptoms aren’t determined by the level of the threat present in the environment. Since you can’t predict these attacks, they significantly affect your normal life functioning.

It’s important to note that recalling a previous attack or worrying about a future attack can consequently result into another panic attack.

Who Is at Risk of Getting A Panic Attack Disorder?

Even though there are no known causes of panic attack disorder, research has shown that a certain group of people is more exposed to the risk than others. In particular, women are at a higher risk than men.

The first step to the treatment of panic disorder is by first talking to your doctor about the disorder’s symptoms. After the doctor examines your symptoms, he may decide to treat you with medication, psychotherapy or both.

Psychotherapy: Cognitive behavioral therapy (CBT) is a special type of psychotherapy used as a first line treatment for panic attack disorder. This therapy approach teaches one on the various ways of behaving, thinking, and reacting to the feelings that result from the panic attack. After you’ve learned about the different ways of reacting to the different physical sensations of fear and anxiety that come with panic attacks, the attacks gradually begin to disappear.

Medication: your doctor may prescribe some medications to help reduce the effects of panic attack disorder. They include;

Based on your symptoms, your doctor will examine you to find the best therapy for your case. If you have panic attack disorder, don’t give up on medication. Both medication and psychotherapy may take time to work. To ease the treatment process, embrace a healthy lifestyle by eating a healthy diet, getting enough sleep, and conducting body exercise.