What is addiction. Types of addiction, symptoms, causes and treatment

Addiction is physical or psychological inability to stop consuming a substance, drug or pursuing an activity despite harm to physical body and psychology. It pertains a compulsive act, thought or behavior repeated for the harmful yet gratifying reward. As a person gets addicted to a substance or a behavior, the brain craves the pleasure from that it again and again. This happens due to intense stimulation of reward system in brain.

Addiction leads to the physical and psychological inability to stop consuming a harmful chemical or drug even if he or she knows about its obvious harm. Addiction can also be behavioral, where a person cannot control his addictive behavior despite knowing about its detrimental effects. Some of the examples of substance addiction include caffeine, cocaine heroin, and marijuana. Behavioral addiction may include habits like gambling or even eating.

Addiction can also be due to overuse of prescription drugs and cases being reported of drug abuse are increasing every day. A lot of newer studies link addictive behavior to various psychological phenomenon like reinforcement and increased stimulation of reward center in brain. Addictive behavior is also known to affect areas of cerebral cortex like prefrontal cortex that controls a person’s behavior and motivation. Disruption of neural pathways in prefrontal cortex can lead to disinhibited behavior, not uncommon in addicts.

Individuals with addictive behaviors may continue to diverge in their addiction leading to impaired control over their habits. This not only effects their work life but also relationships. There social circle is also affected by this disinhibited behavior, involving daily activities and friendship circles. One of the distinguishing feature of individual with addictive behavior is that they continue their habits despite physical and psychological harm that is occurring to them and their loved ones.

As mentioned before, addiction usually affects prefrontal cortex which is also involved in the behavior of an individuals, addicted individuals might not even be aware of the effects of addiction on their behavior or even that they are addicted! With time, tolerance is increased to the effects of their addiction and they indulge in more. This leads to a vicious cycle resulting in destruction of one’s state of mind.

In order to recover from addiction, an individual needs help from within and outside support too. Some individuals have the power to achieve a positive state of mind on their own and they can battle their addiction without any outside help. Other may require help of their families and communities to get rid of this destructive behavior. The road to recovery is not smooth either. Multiple recurrences can come in the way of achieving normal state of mind. But relapses are part of this journey. The greater the time between relapse, less is the chance to fall into old habits. Research shows that if there has been no relapse for five year or more, one is at same level of risk of addiction as general population. On only behavior, but neurons in brain also acquire their normal state with recovery.

The science behind addiction:

There is not a single reason that can explain the behavior of an addicted individual. A lot of misconceptions surround this phenomenon and no definitive reason could be found. Some clam that genetics have a base in a person’s addiction, while other studies claim that a person’s personality can influence his addictive behavior. An individual’s lack of ability to tolerate stressful situations can predispose to addictive behaviors. Still, there is no definitive personality type that can said to contribute toward addiction.

Environmental, social and psychological factors, all are the reason behind start of any substance abuse or a destructive habit that later leads to addiction. 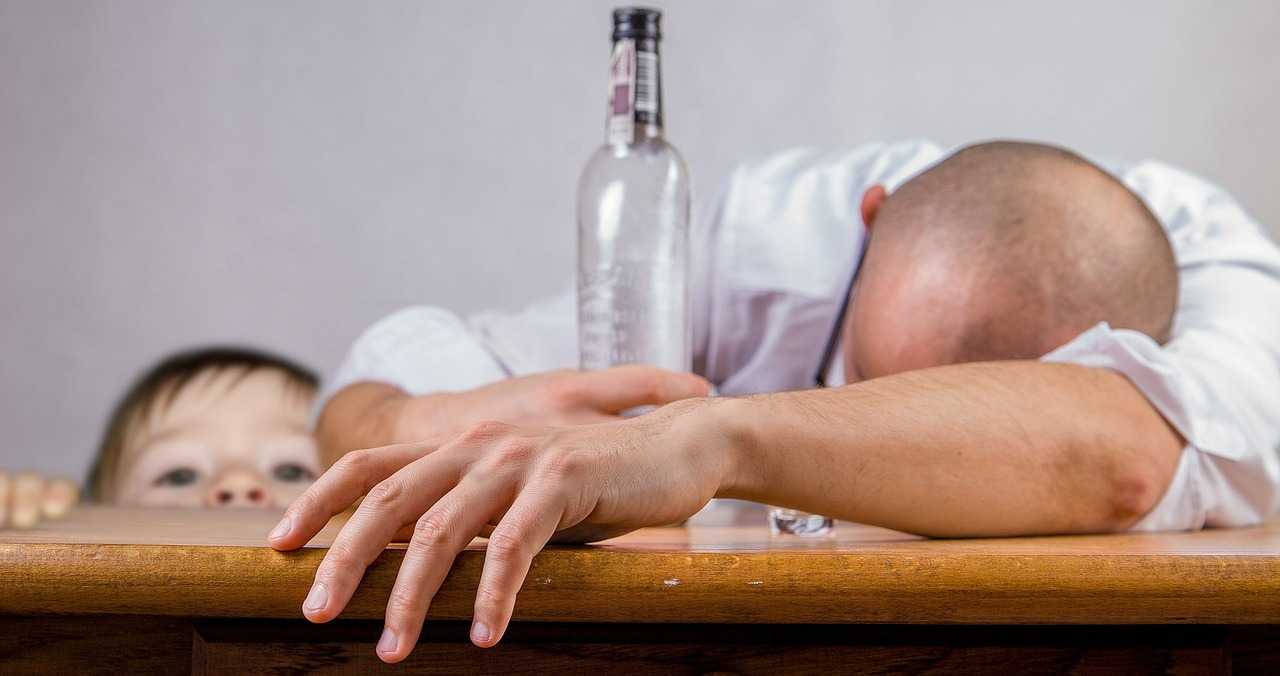 Most common addictions are related to following substance:

Signs and symptoms of addiction:

There are a number of symptoms that can point towards a person’s addictive behavior, some of them being:

Reasons that lead to addiction:

There are no definitive causes of addiction, as a lot of factors governs its possibility. Though, there are risk factors that can cause a person to adopt these type pf behaviors and develop addiction. These factors can be environmental, biological and psychological.

Family and relationships has a vast influence on addictive behaviors. Having stable relationships and being part of an understanding family makes a person emotionally strong and this decreases the risk of adopting addictive behaviors. On the other hand being part of toxic relationships, child abuse, bad parenting, sexual and physical abuse can lead to disinhibited behaviors and indulgence into addictions that can ruin a person’s life. Research also points towards the fact that marriage and children reduces the risk of addiction if they correspond to happy relationships.

A person is influenced by the company he or she keeps. Negative social relationships push a person towards destructive behaviors and addiction can be a part of it too. Similarly, positive rewarding relationships can help a person develop healthy habits and refrain from such activities.

Financial stability and satisfaction has a positive effect on mind. These things also helps a person develop a mind that can successfully cope with stressful situations and not fall into addictive behaviors. On the other hand unstable work environment can lead an individual towards path of addiction.

A person with impulsive personality is more prone towards destructive behaviours like addiction than a person with a calm personality. Impulsiveness also makes it harder to get ris of bad habits with occasional relapses.

History of physical, sexual or psychological abuse can hinder the coping mechanisms of human brain, this makes an individual susceptible towards habits lie addiction because they cannot handle stress full situation like normal people.

People with a history of mental health problems who are having family members with similar problems are more prone towards addictive behaviors than other individuals. These people have difficulty in managing emotions and it leads to negative coping mechanisms including addiction. Some of the common mental health disorders that are said to influence addiction are:

Although there are currently no researches that definitively link addiction to presence or absence of genes, but scientists believe that these too have a say in such behaviors, for example, male gender is known to develop addictive behaviors more often than females.

How to treat addiction:

Any type of addiction is treatable with proper guidance. May it be substance abuse or behavioral. Recovery however is a long strenuous process that often has many relapses. Relapses are considered natural in any road to recovery. Effective treatments for addiction require regimens that address management and prevention of these relapses. Success is not an overnight phenomenon therefore any progress in curing addictions is a step along the positive state of mind. A good treatment regimen focus on individual and his surrounding both. Since as discussed above, addiction can have multiple influences, its treatment should also focus on various psychological, environmental or biological factors that are influencing a person’s addiction. A person undergoing treatment for addiction is regularly monitored and his treatment is tailored according to how he is responding towards the regimen. Some of the ways substance abuse and behavioral addiction is cured are:

No treatment plan is effective for all the patients. Each person is unique and there may be different reasons behind their addiction. Therefore, treatment plan should be tailored for a person’s need. Treatment can be in an office, hospital or comforts of one’s home as long as it is getting results and helping the concerned person towards a better, addiction free life.

What is a good treatment plan for treating addiction?

In a good program there will be detailed screening of a person’s psychiatric history and this helps find any hidden causes that led to destructive behavior. There will be also complete medical screening to find any co morbid conditions, especially mental health disorders that can contribute towards addiction. Medical screening also includes organic diseases that can create stressful situations and make a person’s mind indulge in destructive behaviors. Involvement of family has its own benefits, especially if the reasons behind addiction arisen from home. Psychotherapy can help confront hidden feelings and make a person stronger towards facing one’s problems.

A good program will not only help a person get out of addiction but also keep checks for any relapses. If needed, also help a person in time of relapse so that he or she might not fall into old habits. All these programs are to respect the person’s privacy and personal needs.

There shouldn’t be any experimental treatments in an effective program as its failure can result in devastating consequences on a person’s life, who is already facing addiction. Evidence based treatment options should be selected and the staff that is trusted with the persons treatment should have proper qualifications to do so. Feedback mechanisms in a program help identify how the treatment is helping an individual and which aspects of the treatment need adjustment. If a person is responding to the treatment as expected there is no need for any change.

Mild to moderate addictions can also be controlled naturally without any outside help. Taking up a new hobby and filling the void that is normally filled by addiction with something help can reduce craving for the addictive behavior or substance. This can help a person get control of his own addictions. Similarly starting regular exercise can also help get rid of addictive behaviors. Exercising helps release endorphins which elevate a person’s mood. Better mood is linked to low rates of depression and anxiety and thus lower rates of addictive behaviors.

Some websites that can help you know more about addictions and get help are: